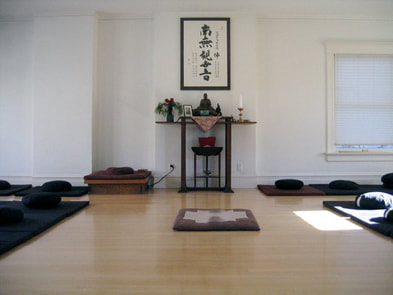 The Zen school of Buddhism has a strong focus on meditation, and attaining a direct, non-conceptual insight into the nature of reality. Release from suffering comes via a penetrating inquiry into the nature of self, and the nature of reality. The most intensive form of this is Sesshin - a silent meditation retreat often a week long in duration, which may consist of 7-12 hours of seated meditation each day, as well as private meetings with the Zen teacher (a Sensei or Roshi.) Most of the Zen Buddhism practiced in Australia, and other Western countries, is derived from Japan, but lineages from Korea, China, Taiwan, and Vietnam also exist.

Zen and western psychology, psychotherapy, and counselling have had a fruitful interchange, resulting in forms of therapy such as gestalt therapy, dialectical behaviour therapy, mindfulness based stress reduction, and influences on many other therapies including acceptance and commitment therapy, and the psychological professions as a whole. Many practitioners in the mental health professions have some familiarity with Buddhism, or even specifically Zen, but relatively few have trained intensively in these traditions.

What are the benefits of connecting Zen and psychotherapy?

In keeping with the Zen tradition, which values open questions more than answers, I'll highlight a few questions and creative tensions below. 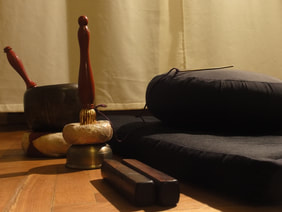 Meditating with Koans is to sit for hours on end with seemingly paradoxical questions, like "show me your face before your parents were born", or famously "what is the sound of one hand clapping." The deep questioning of Koan practice has parallels with therapy. Many of us have our own "therapy koans". Some examples might be "how can I actually connect with others", "how can I be happy or satisfied", or "why do I keep enacting the same painful pattern even though I know that it doesn't work?"

Another important Zen meditation practice is Shikantaza - just sitting with open awareness of whatever experience arises. This has parallels with psychotherapy when the invitation is to literally say whatever comes to mind, without rehearsal or self censorship. These are deep, gentle, and very subtle techniques of self transformation. To see a thought or feeling arise in the mind with awareness, rather than with reactivity or judgement, is the difference between heaven and hell.

Our background as Zen Buddhist psychotherapists

Michael Apathy and Selina Clare are qualified experienced psychotherapists in private practice in Christchurch, New Zealand. Between us we have 26 years of experience practicing mindfulness and meditation, including numerous intensive retreats and five years of full time residential monastic-style training at Zen Mountain Monastery in upstate New York.

Michael has a bachelor degree in religious studies, which gives him a broad understanding of the Buddhist and other religious traditions. Selina specialises as a psychotherapist using mindfulness based therapy to treat stress and anxiety. Both of us have undertaken many years of our own personal psychotherapy and personal and spiritual development. If you're interested in or engaged with Buddhism as a spiritual or religious path, then we'd love to work with you, so please get in touch.